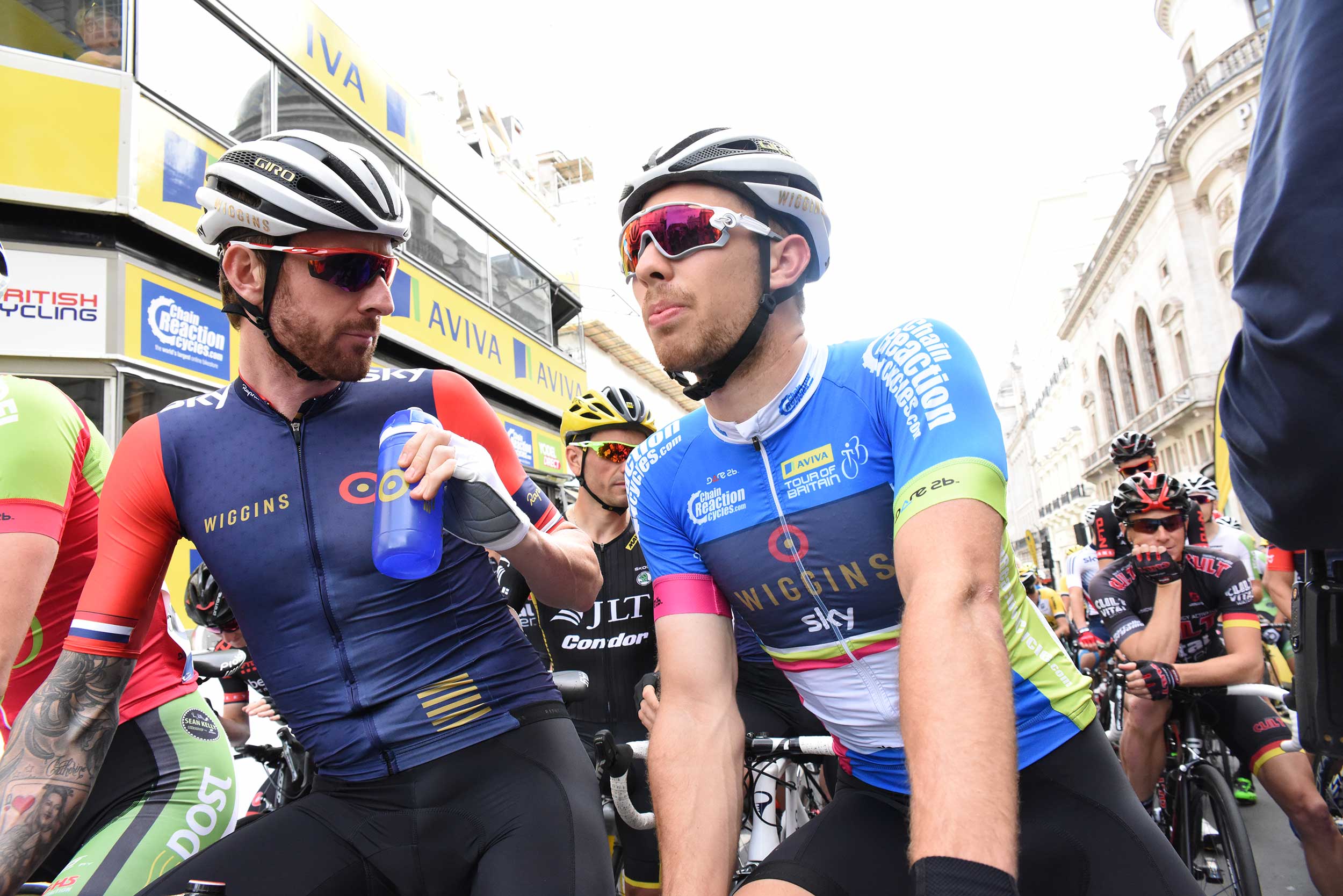 Today Sir Bradley Wiggins, Britain’s most decorated Olympian, was announced for the line up in the Tour of Britain, along with fellow gold medallists Owain Doull and Jonathan Dibben.  This follows on from the announcement on Friday that Mark Cavendish would also be participating.

This will be Wiggins 5th Tour of Britain, having won overall in 2013 and finished 3rd in 2014.   Also no stranger to this, Britain’s largest professional road race, Doull finished third overall in the Tour of Britain in 2015 and won the Chain Reaction Cycles Points Jersey. 22-year-old Jonathan Dibben, also announced today,  will be riding his third Tour of Britain.  The remaining three riders in the Team WIGGINS line-up will be confirmed closer to the race.

The Team WIGGINS trio join the likes of Mark Cavendish, Andre Greipel and Steve Cummings as already confirmed for the race, which starts in George Square in Glasgow on Sunday 4 September.  Cavendish has 30 stage victories in the Tour de France, and won his first Olympic medal in the Omnium Track even last week.  The Tour of Britain will be his first race post Olympics.

With four Tour of Britain Stage wins under his belt, Andre Greipel is no stranger to this race.  He won on the final stage of this years Tour de France into Paris

Making his debut in the Tour of Britain will be former UCI World Hour Record holder Rohan Dennis, who won the opening stage time trial of the 2015 Tour de France.  He will head the BMC Racing Team line-up alongside Taylor Phinney, a World Champion on both the road and track, who raced in the Tour of Britain last September.

They will be joined in the provisional BMC Racing Team line-up by Rick Zabel, the son of legendary Tour de France Green Jersey winner Erik, who is returning for his third consecutive Tour of Britain.

In case you’ve forgotten, Marmot Tours are Gold Sponsors for the Stage 5 Tour of Britain Ending in the stunning city of Bath.  Come and find us in the Cycling Village between 10 and 16:00 on Thursday 8th September.