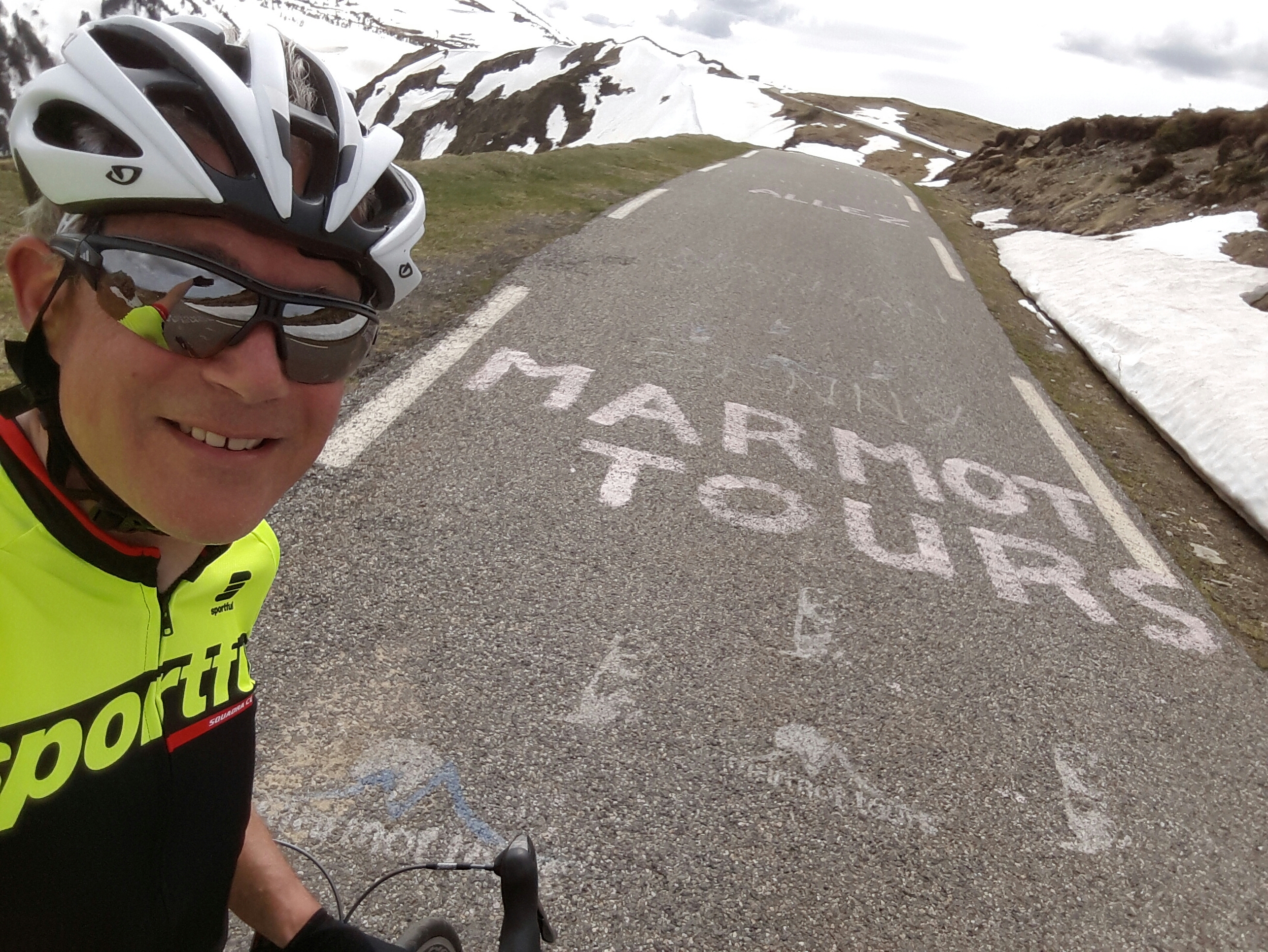 It all seemed such a good idea at the time. Way back in October 2015, when James confirmed that the new Raid du Massif Central (RdMC) would feature twice in the 2016 season, I remember thinking – great trip to work on, and an even better one to ride! Well, be careful for what you wish. This year, together with 20 experienced Marmot Tours clients, I am riding the first ever RdMC, and working on the second.

Raid Massif Central: What does it entail?

Daunted? Yes. Excited? Off the scale! The holiday has all the makings of an epic; a journey of contrasts, from the rolling volcanic landscapes of the north, via a number of quiet Classic Tour de France climbs to the gorged ruggedness of the Cévennes and the sun soaked High Languedoc. Over 1000km in 6 days, with a few hills thrown in to make up nearly 17000m of ascent. As James gleefully told me as he confirmed my 2016 work schedule, it will more than likely be regarded as our toughest Raid yet.

Raid Massif Central: What am I in for?

Having lived in the gently undulating Limousin, in the north west Massif Central, for over 12 years, I have a good I idea of what the first couple of days have in store. After that, I will be on a voyage of discovery, just like most of our happy cycling group. The climbs will be long, and the changeable weather conditions can make for arduous riding. Oh, and our daily distances are, well, huge

As a passably fit 50-something, experience told me that to give me a chance of success (i.e. completion, in as comfortable a way as possible!), I needed to prepare. And to prepare, I needed a plan. So way back in November, I sat down and developed one. Simple really. Ride. Lots.

Except, as any experienced Raider will tell you, it isn’t just about riding ‘lots’. It’s got be the right kind of riding. My plan actually didn’t take too long to put together. I knew it needed to be specific to the demands of the Raid. So I drew up something to include elements such as:

The Plan was hatched!

However…. just the week after I announced it to a number of supportive friends, the plan came to a crashing halt. Literally. Just like me, in fact. Ah yes, the perils of mountain biking! I distinctly remember lying on the hospital bed in my local French A&E department thinking, well, that’s that then….

So it didn’t really get off to the best of starts. It took me just under a month to recover after bashing up a few ribs, severely lacerating my left knee cap and bruising various bits of me. My knees were like footballs for weeks.

I put the plan to one side, safely filed under “to do when I feel up to it”!

Eventually I felt recovered enough to test my body and fitness and so I arranged a week in mid January cycling in the slightly warmer climate of the eastern Pyrénées. It was the perfect tonic after my crash. During the week I clocked up nearly 450km, with one ride approaching 130km in the Corbières. I wasn’t breaking any speed records, but that didn’t matter. I felt remotivated, I was enjoying my cycling, and I didn’t seem to be suffering any long term effects from my accident.

The plan was back on so I needed targets! Entering a cyclosportive in Provence in April gave me a good interim distance target, as well as providing the opportunity for early season sun, a huge motivator.

Talking motivation, another key element of the plan was to take Strava a little more seriously. It has proved to be a really key part of my preparation. I’m very fortunate to have met and connected with some great cyclists in the course of my Marmot Tours work, and over the last few months we have been following each other and giving “kudos” whenever it was due. Watching them build up to their own Raids has provided additional impetus. Strava challenges, such as the monthly distance and climbing challenges, as well as, more recently, the Giro d’Italia challenge, have been fun to take part in as well as providing stretching targets.

Bike Mechanics for Cycling in the European Mountains

I also took a long hard look at my bike. Over the years I’m afraid I have succumbed to the n+1 theory of never having enough hardware around! However, it was very obvious to me which bike to use for the Raid, and that was my Van Nicholas titanium bike. I built up the bike about four years ago, and with the Ultegra groupset and Fulcrum Zero wheels it rides like a dream.

Normally at home I ride a 12-26 cassette paired with a compact chainset, however we don’t have the length or steepness of some of the climbs in the Raid. As a result although I continued to train on 12-26 at home, and more recently, 11-28 in the Pyrénées , I have switched to a 12-30 for the Raid. I am pretty sure I won’t be regretting the decision as I suffer up the short 15% climbs I’m expecting in the southern part of the Massif Central!

I tinkered with my riding position, going for a slightly less aggressive set up. This involved installing a shorter stem, raised by 5mm, so that I can spend more time in the drops. There will be a lot of opportunity for this on the descents and long stretches of transition between hilly areas, and I felt I needed to be more comfortable in this position.

Adapting my Clothing for Cycling

One other element of equipment preparation has been clothing. In previous years I’ve participated in cyclosportives in the Cantal and the Aveyron where it has snowed, in June! So I’ve invested in a good waterproof jacket by Gore, which has a “race fit” and I can wear all day. I hate flappy clothing and being reasonably trim I like to wear the smallest size clothing I can decently get away with, and this fits the bill. Hopefully I won’t need it!

Other than that, I’m using my tried and tested clothing combinations which I have hammered over the last 6 months. Other than the jacket, I haven’t bought anything specific for the Raid. I’m making sure that I’m taking clothing that has stood the test of time, and that I know is comfortable and works. Lots of gloves and socks, as I know these are essential for comfort, a couple of pairs of shorts with good quality pads, kit for wet and cold weather, and jerseys that fit and have good pockets. And of course, my Marmot Tours Buff!

Practise and Gaining Fitness for a Raid Cycling Challenge

So, one week to go and how do I feel? Well, I’ve certainly put the work in. Nearly 7000km on the roads already this year, with rides up to 190km in length. That has given me good base fitness, and confidence in the knowledge that I can ride that kind of distance and feel reasonably comfortable at the end of it.

I’ve even practiced active recovery, a first for me! So after a long ride I have got used to rehydrating properly, taking a recovery drink, lying down (easy!), getting back up (hard!), cleaning my bike straight after a hard ride, recovery riding the following day, that kind of thing. I’ve also tried to become more efficient in organising myself to go out for a ride. Looking at the weather forecast, translating that into clothing requirements, getting stuff ready for the following day etc etc.

Bike MoT: Ready for Cycling in the European Mountains

I’ve just given the bike a once over as well. A week ago I fitted a new chain, cassette, set of derailleur cables and brake pads. I’ve got some bits and pieces which are specific to my bike (eg headset cassette bearings) so have got them on my packing list as spares to take.

Rest before the Raid

And now, with 7 days to go before I swing my leg over the bike and set off on this great adventure, I’m resting. I had my last big ride out 3 days ago, and I am now trying to avoid the temptation to carry on riding through this week. It’s hard as I’m currently based in the Pyrénées and there is so much fantastic riding here. But the week will be spent resting as much as I can, interspersed with the odd easy mountain walk and a couple or three short (less than one hour) rides just to maintain my body’s memory of what it is like to ride a bike. No doubt I will move into extreme faffing mode as the day of departure approaches, but for the time being, I’m feeling reasonably well prepared.

Pain, pleasure, reward….. bring it on! 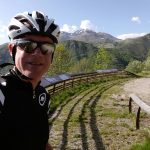